I just finished watching last weeks episode of "Scandal" and all I can say is that was a great show. I already knew there were mixed reviews from reading Facebook post, so I decided not to indulge in the chatter until I could see the show for myself. Unfortunately, I am just getting around to watching it (I'm always on the go). So I stopped and made it my point to watch tonight before another episode comes on.  That show had me in tears! It highlighted the frustration on both sides of the fence. The frustration between white cops and African American citizens (especially our young black men).
I have always been the one to see BOTH sides of the story, and even in this one there are still two sides of the story. 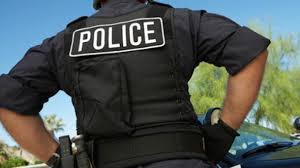 I loved how we were able to see how everything played out..... from the shooting to justice being served. We all wish that this show could be our reality... especially in light of everything that has happened involving police shootings lately. I loved how it highlighted how we feel in our community. We want justice and we want to feel that our kids lives matter. Although the cop was rightfully found guilty..... I also see the other side of the story. Did anyone else understand what the cop was saying before he was arrested.
Some may question... how can you possibly see the cops side.  I definitely don't agree with the killing but I do agree with  what he said about the disrespect that cops have to deal with everyday (no matter what race). The cop was also correct in stating that some kids are being raised to be "against" them. He felt they are paid to serve and protect people who hate them and have no respect for them. Don't get me wrong..... there are some dirrrrrrty cops out there. But that's not the case for EVERY cop out there. Just like there are black people who are criminals..... still not the case for EVERY black person out there. The father wanted justice for his son and that justice would not have been received if he had not stood for what he believed and saw to it that his son was proving innocent.  Unfortunately, not every case ends like this one did. I talk about what the cop said because he had a very valid point about respecting authority.

My thoughts is we need to teach our kids RESPECT for authority. Respect for authority is lacking in a lot of our households. Not just respect for cops but respect for authority period!  I work with kids everyday, and as a teacher I see and hear a lot. One thing I definitely  see, is how disrespectful some of these kids are to their parents which in turn makes them feel they can be disrespectful to their teachers. They have no respect whatsoever for  any form of authority.  This is a major issue in our community and it needs to be addressed immediately!
The storyline to this show was an excellent choice and it highlighted the issues that are affecting us everyday. The black on black crime. The disrespect for authority. Race issues. Injustice. The pain. The angle from both sides. It was a deep and powerful episode.  Shonda Rhimes really did it with this episode and it was heartfelt and appreciated. At least by this chick!
I know that there is always two sides to every story, but to every story there is TRUTH. I hope that we can lessen these types of incidents in the future and that justice will always be served. 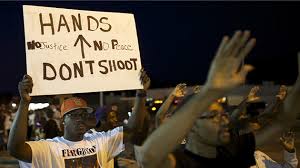 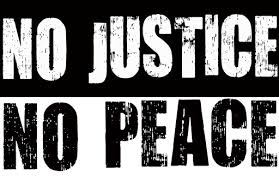 Posted by CollieNicole at 9:46 PM