I was having a discussion with a friend and we were discussing relationships and what exactly it is that we want in a relationship as well as a mate. I decided to talk to others to really get an idea of what their expectations were. 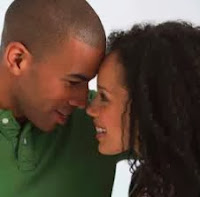 As for myself, I started thinking.... What happened to carefree relationships where you meet, fell in love, you establish that you want to be in an exclusive relationship- and from that point  your relationship would grow and prosper into something beautiful. Ok .... So now the butterflies are floating and birds are singing and everything is all good.....  Like when has that happened ??? Ever??? Not to sound like a pessimist, but why does it seem like now in this day and time you have to go through so much CRAP to be in a relationship?  Why are we accepting so much just to say #TeamTaken or have "in a relationship" on our Facebook status. Why are we accepting lying, cheating, constant flirting with the opposite sex, being used, abused and disrespected by mates just to have companionship? Is this what it has come to?

You even have women who are willing to be side chicks just for sake of having a man for a few hours a day (if that). Both men and women are lowering their standards and accepting all this bull just to not be single! I also was told that its better to just stay in the relationship and deal with it because who knows..... The next person could be even worse than what they are currently dealing with. Some say  they didn't want to deal with the meeting someone new and dating and basically....starting over. Now don't get me wrong..... There are couples out there who have a beautiful relationship that is filled with the butterflies I talked about earlier. And then there are the ones who constantly have to deal with so much  to the point you start to question is it really worth it?
So what is it you are dealing with or have dealt with in the past that you know is so crazy, yet you stay in it anyway. Also I would love to hear some inspiring stories so that others who are reading this  can be inspired when it comes to healthy , loving relationships minus all the bull!
Can we really just  have companionship without all the crap???
Posted by CollieNicole at 11:16 PM 2 comments: