I wanted to do a quick post about something I read today...... 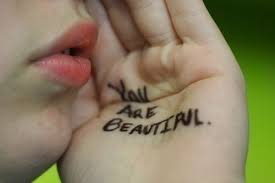 I ran across a Dove campaign today as I was online (see link below).  This new ad encourages women to #ChooseBeautiful and I absolutely love it!! In the ad, women are faced with going through one of two doors. One is labeled "Average" and the other is labeled "Beautiful".  Its crazy how many women walked through the door labeled average! The even crazier thing is,  I do understand why they did it. When you think about it, how will feel about ourselves has a lot to do with how others feel about us. So when faced with choosing a door, our first thought seems to always lean towards what others will think.

There are also those who think negatively about themselves anyway, regardless of what others think. These negative thoughts come from low self esteem, body image issues, never being told they were beautiful growing up......  And they never really feel accepted or pretty. I have a daughter and I make sure she knows that she is beautiful and to never let anyone tell her different.
At this point in my life I am sure of which door I would choose. I would walk through that beautiful door with my head high and dare anyone to say anything. It wasn't always like that. There were often times in my life, I didn't feel good about myself.  I would always rely on what others thought. I even let friends or relationships determine my self-worth. I didn't see how beautiful I was inside and out. Once I changed my attitude and thoughts about my self, then others could see and feel that "beautiful" energy radiate off me. No one can tell me any different! I AM BEAUTIFUL....... and so are you!! :)
Click on the link below to see the ad campaign. Thanks for reading! Comment & Share!!

Posted by CollieNicole at 11:31 AM No comments:

Another police involved fatality.......My perspective on the Nicholas Thomas shooting........

If you haven't heard about the controversy surrounding the most recent police shooting in Cobb County, Georgia.... Here is a breakdown.  Nicholas Thomas, 23, was shot March 24 outside the Cumberland Parkway Goodyear tire store where he worked after officers tried to serve him with an arrest warrant. Police contended he used a car as a weapon and a police officer killed Thomas in self-defense.

Police said Thomas got into a customer’s Maserati and tried to run over officers rather than submit to arrest. Owens fired into the moving car, which came to a stop, police said.
After Thomas didn’t respond to orders to exit the car, police fired bean bag rounds to break out a heavily tinted window to look inside, where they saw Thomas was wounded. Thomas was dead on the scene.
Now..... As hurtful as it is to lose a loved one, especially in this manner I have a question.  Why is it that the parents and family members,  as well as all the "protesters for justice" have not one time mentioned that it was a very BAD decision on the part of Thomas to steal a car in the intent of escaping offices. If in fact the warrant was for "traffic violations"....didn't that warrant the risk of incurring new charges (theft, attempting to flee, etc.) all in order to avoid being arrested. Something doesn't add up. I truly believe their was something else he was running from. But anyway, for no one to even say "Hey, it was a bad decision to try to run from police. To steal a car. To try to run over police with that stolen car." Ummmm.....No one is saying this. And what it does is give other kids and young adults the idea that it is ok to do this because if something happens then people will just protest  because the officers are wrong for doing their job! 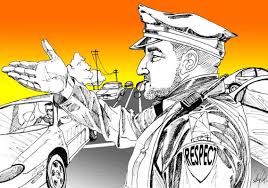 It ridiculous and I'm sick of black people pulling the "race card" out their hind parts or even making it ok to break the law because you black. What are we teaching out kids?? What kind of examples are we setting. Is this what he planned to teach that precious baby? A baby he wont get the opportunity to raise and watch grow because he made a stupid decision. Its sad! Very sad! But one thing I don't condone is ignorance and disrespect. At this moment there is too much of both of them going on in the black community. If Nicholas Thomas would have made a better decision, it's possible he would still be alive today! Every police shooting is not reflective of another shooting. 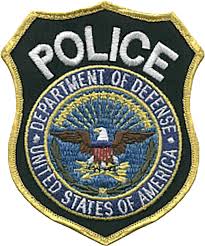 Every case is different and should be treated as such and I'm the first to always say...... when you wrong, you wrong! Stop defending wrong behavior!!!! People bringing Martin Luther King in this and our civil rights and its just too much!! I'm sorry, but it is. For the ones who think I wouldn't feel this way if it was my child....That's where you are wrong! My child knows how to respect authority and if she was told to stop, you best believe she wont try to run over officers.
So what are your thoughts on this matter? I'm very interested to know.....
Don't forget to comment and share this post!!
Posted by CollieNicole at 2:13 PM No comments: